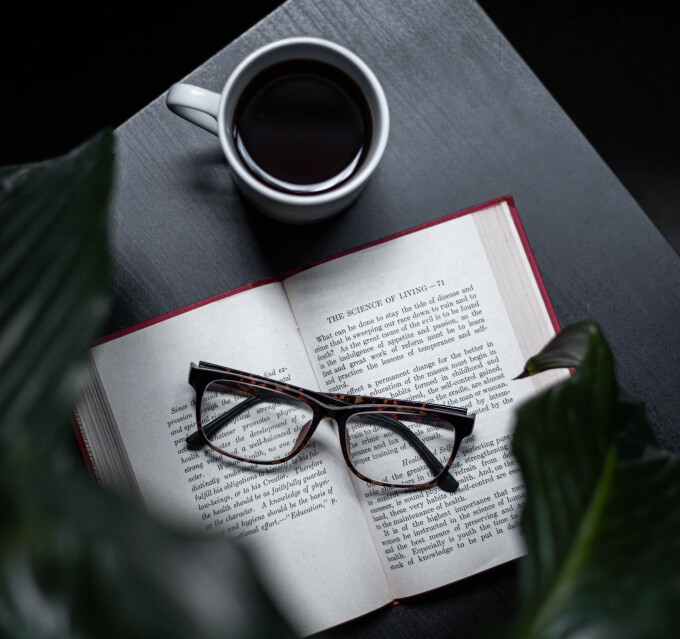 The old saying says we’re not supposed to judge a book by its cover, and if that’s the case, it certainly applies to the endorsements on the back of the cover. For some odd reason every single one would make you think that particular book is the best thing that ever happened to paper. Since my mental bandwidth is only so wide and I can’t read every book out there, I’ve learned to be more selective in the books I read. That’s why there’s not much I love more than a good book recommendation.

At the beginning of the year many readers are prioritizing books we want to engage during the year. These are some the best and, I think, most significant books I read in the past year. Some of these are Christian books on discipleship and theology. Others are secular takes on important issues. Some are just for fun. I hope you’ll take them as worthwhile recommendations and add them to your list for 2021.

Harry Potter and the Deathly Hallows by J.K. Rowling

Tim Keller once said that he’s pretty much always reading The Lord of the Rings. That’s me, except with Harry Potter. I love this story. It’s filled with so much that Christians ought to appreciate in a good story; love, sacrifice, virtue – not to mention the triumph of good over evil.

Do you ever feel like your faith is just too “ordinary” and that therefore it just might not be real? If so, this book is for you. I’ve never encountered a better book on living a normal, non-radical life to the glory of God like this one. This book helped me to find peace in being a non-extraordinary Christian.

Digital Minimalism: Choosing a Focused Life in a Noisy World by Cal Newport

Most of us exist in a state of digital overload. It might even be more of an issue currently with COVID pushing so much of our life online. For that reason, this is not a book you want to skip. Digital Minimalism forces us to ask hard questions about the ways we use technology and then to think through what technology is essential for our lives and what we could do without.

Educated: A Memoir by Tara Westover

This was a book recommendation I received from my lovely wife, and to be honest, at first, I didn’t think I’d enjoy it much. I mean, who wants to read a book about education, right? But as usual, she was right. And holy cow was she right! Educated is Tara’s autobiography about growing up in an impoverished fundamentalist Mormon home in rural Idaho. This is one of those rags-to-riches page-turners you won’t want to put down.

Gentle and Lowly by Dane Ortland

This is one of those books that seems like it’s going to stand the test of time. It’s a brilliant and pastoral look into the heart of Christ. If you’re needing encouragement in your walk with Jesus, especially in regards to how he feels about you in spite of all your remaining sin and weakness, this is one you’ll want to pick up.

I wasn’t expecting this but Unger took John Quincy Adams from a president I knew very little about to perhaps my favorite American. It’s a masterpiece.

Okay, so I know I said these are recommendations, but from here on out I’m giving you what I consider to be required reading for Christians living in the 21st century. Ironically, only one of these was written by a Protestant, but these books deal with important issues on which Christians must educate themselves.

The transgender phenomenon is wreaking havoc in our world, especially with young women. Shrier dissects the problem and points toward solutions. It’s not written from a Christian perspective, but you will search long and in vain for a more accessible look at what’s plaguing girls in our culture. If you have or work with teenage girls this is a must read.

The Rise and Triumph of the Modern Self; Cultural Analysis, Expressive Individualism, and the Road to Sexual Revolution by Carl Truman

The lone contribution from Protestantism on the “required reading” portion of this list is by Carl Truman. The brilliance of this book is that rather than just explaining where our culture is at Truman helps us to see how we got here. Where did transgenderism, gay marriage, and the like come from? What ideologies led to our current cultural moment? If you’re looking for something to help you get your mind around what’s going on in the world, this is it.

Cynical Theories; How Activist Scholarship Made Everything About Race, Gender, and Identity, and Why This Harms Everybody by Helen Pluckrose and James Lindsay

I rarely read the same book more than once in the same year, but I went through this one twice in 2020 and I just picked it up again. I’m revisiting it because (1) my small brain didn’t understand it all the first (or second) time, and (2) the contents of this book are massively important. The authors help us to understand how the postmodernism of the 60s and 70s (i.e. truth is what you want it to be) has influenced the world today. Those of you in secular academic settings would particularly benefit from Pluckrose and Lindsay’s work. If there is one book here that I’ll be begging people to read in 2021 it’s Cynical Theories.

Live Not by Lies; A Manual for Christian Dissidents by Rod Dreher

I included this one last for a reason. It is a fantastic read, but the primary reason is because while other writers help us to understand our world, Dreher (himself Eastern Orthodox) helps us learn to live as Christians in a world increasingly hostile to us. Dreher shows how the moral and political climate of our day resulting in this hostility eerily mirrors that experienced under the totalitarian Soviet bloc. Dreher is not a conspiracy theorist. His book is meant to be an eye opener that helps us to think critically and strategically about living for Christ in our day. I hope you’ll read it!

That’s my list. Pass along your recommendations! My prayer is that God will use your reading in 2021 to encourage and strengthen you in Christ.

Posted by Rev. Ben Lee with
December 29, 2020
in Christian Living

Anticipation of the Eternal 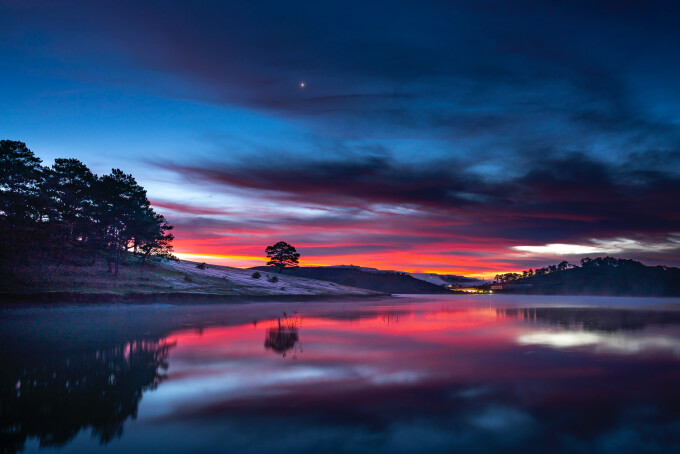 Okay, you can stop now, sit down, take a few breaths, sip some tea or coffee, and reflect. That bright blur of red and green that just went past you was the Christmas season; it’s over now, and life is back to normal (at least it will be, as soon as you get around to taking down the decorations and lights and returning the wrong-sized presents).

I hope that this most recent celebration of the incarnation of our Lord Jesus Christ was a time of spiritual renewal and refocusing. If so, then congratulations to you for resisting the temptation to overindulge in the materialistic binge that our consumer-driven culture has created alongside of Christmas. Hopefully, for most of us Christians, the first few days of the New Year feel like a bright new opportunity for serving and knowing the Lord, not a hangover from too much shopping and partying.

The first few weeks of the New Year can be blasé for many of us because we’ve been living in anticipation of the celebrations at the end of December for so long. Once they’re finished, we look ahead to see what we should be looking forward to now. That’s one of the evidences that we are made in the image of our Creator. Unlike the other creatures He has made, we need something to look forward to. We thrive on anticipation and we wither and die in the face of hopelessness.

Unfortunately, the months of January, February, and March can be a pretty bleak stretch of regular, mundane life. What’s there to look forward to? Let’s see…there’s the Super Bowl, but if your favorite team isn’t involved, then most of the luster of that event will be gone. There’s Valentine’s Day, but I’m not much of a romantic, so I’m doing well if I even remember to buy my sweetheart a card (for the umpteenth time, sorry Suzanne!). There’s Groundhog Day, which we native Western Pennsylvanians do celebrate as a major holiday, but it’s hard to rally much excitement for that around here. Ah, yes…pitchers and catchers report in mid-February, and spring training for major league baseball teams gets into gear at the beginning of March. But that seems so far away in the first week of January.

What’s there to live for in January and February? What’s there to look forward to? If your life revolves around work, sports, parties, or shopping, then not much. And, sadly, that describes the lives of all too many people around us. Surely it doesn’t describe us, does it?

For the disciple of Jesus Christ, the risen Savior and Lord of the universe, our lives must be different. In Hebrews 11, we have the descriptions of the lives of our spiritual forefathers and foremothers. Abraham’s life of anticipation is portrayed in this way: “By faith he went to live in the land of promise, as in a foreign land, living in tents with Isaac and Jacob, heirs with him of the same promise. For he was looking forward to the city that has foundations, whose designer and builder is God.” Hebrews 11:9-10. Here’s the description of Moses’ lifestyle: “By faith Moses, when he was grown up, refused to be called the son of Pharaoh's daughter, choosing rather to be mistreated with the people of God than to enjoy the fleeting pleasures of sin. He considered the reproach of Christ greater wealth than the treasures of Egypt, for he was looking to the reward.” Hebrews 11:24-26. The whole passage ends with this exhortation to us: “Therefore, since we are surrounded by so great a cloud of witnesses, let us also lay aside every weight, and sin which clings so closely, and let us run with endurance the race that is set before us, looking to Jesus, the founder and perfecter of our faith, who for the joy that was set before him endured the cross, despising the shame, and is seated at the right hand of the throne of God.” Hebrews 12:1-2. The life of faith is a life of intense anticipation, where we are to be continually looking forward to the wealth and pleasures of Christ’s eternal kingdom.

That doesn’t mean that we live totally unsatisfied lives here and now. We enjoy the gifts of God’s creation, and, even better, we know Who to thank. We taste of the eternal things of Christ’s Kingdom when we read the Scriptures, pray, worship, and witness to the Gospel. We daily experience the presence and joy of the Lord.

But we know that we are on a journey and a mission, and that we have not arrived. And the stronger our faith grows, the less satisfied we are with temporal things and the more we hunger and thirst for eternal things. Paul described his own life as a pursuit to know Christ, and he goes on to say in Philippians 3:12-14, “Not that I have already obtained this or am already perfect, but I press on to make it my own, because Christ Jesus has made me his own. Brothers, I do not consider that I have made it my own. But one thing I do: forgetting what lies behind and straining forward to what lies ahead, I press on toward the goal for the prize of the upward call of God in Christ Jesus.” This deep desire to know the fullness of life in Christ is what drives people with faith in Christ, no matter how boring or bleak our earthly circumstances.