An Old Pastor and the Love of Jesus 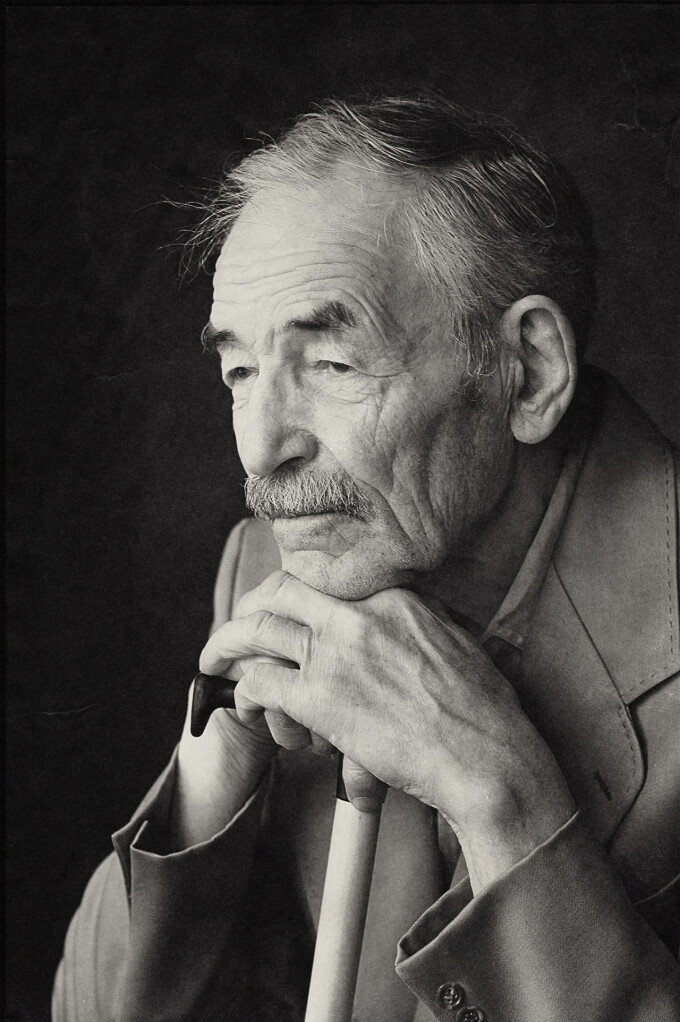 There once was a group of pastors taking part in a panel discussion. The group was made up of mostly young, hip, edgy guys who’d made names for themselves in one way or another. One pastor, though, was a fame-less, white-haired ministry veteran. He said little during the discussion while the edgy pastors impressed the audience with their theological acumen and cultural relevance. But as the panel was winding down the discussion leader asked each of the pastors one final question. He asked them to share what they considered to be the most profound piece of theological knowledge they had accumulated. In all their study of theology what had most fiercely grabbed their imagination and stirred their heart?

The younger pastors took their time expounding the finer points of Christian theology. One talked about the Trinity, another the difference between and significance of supra- and infralapsarianism. On and on their brilliance went, and the audience was in awe. But finally, it came to be the old pastor’s turn. The leader repeated the question: “Pastor, in all your years of theological study what is the most profound truth you’ve encountered?” The old pastor paused and with a tear in his eye said, “Jesus loves me this I know, for the Bible tells me so.”

How easy it is to be just like those young pastors. By God’s grace, we have learned so many great, mind-blowing truths. Through the churches we’ve been part of, the pastors who’ve taught us, the books we’ve read, the podcasts we’ve consumed, and a thousand other ways God has revealed to us so much about Himself. We know the finer points of theology. Some of you can quote the Shorter Catechism forwards and backward. But what happens to so many of us is somewhere along the line, somehow or another, that older pastor’s most profound thought gets lost in the weeds. To put it another way, we miss the forest for the trees. Somehow the most profound reality that in spite of our many sins Jesus loves us and gave us life as a ransom for us becomes a lessor tree in a vast forest of theological truths.

Maybe you don’t know how it happened. There could be many reasons. Sin. Neglect. The pride you take in knowing more theology than others. But I think probably the main reason Christ’s love for us gets lost in our theological forest is we simply forget. That’s why the psalmist told us to “forget not all His benefits” (Psalm 103:2). In our quest for ever-deepening knowledge, the gospel can become white noise. It’s there in the background but after a while, we learn to tune it out.

Maybe you don’t know how it happened, but you know you’ve forgotten that Jesus loves you. You know it because your heart is cold. Your worship is anemic. Your love for others is shallow. You know it’s true because though you hear it every Sunday, and a dozen times in between, the gospel doesn’t strike you like it once did.

But I know you want it to strike you. If you’re anything like me you imagined yourself in the audience of the panel discussion. Maybe you imagined yourself trying to answer the question. You were trying to think what you would say is the most profound thing you’d ever learned about God. But as the old pastor recited that line love of Christ washed over your heart. At that moment it became abundantly clear that what those younger pastors had forgotten the old pastor had grasped: that all true theology makes up the forest that is the infinite profundity of that Sunday School song, “Jesus loves me this I know, for the Bible tells me so.” This isn’t one tree of theological knowledge. The rest of the trees make up the picture that is the breadth and length and width and height and depth of the love of Christ.

So how do you become like that old pastor? Step back and see the forest of Christ’s love for you. Take time to remember all His benefits. He forgives all your sins. He heals all your diseases. He redeems your life from the pit. He crowns you with faithful love and compassion. He satisfies you with goodness. Jesus is compassionate and gracious, slow to anger and rich in steadfast love. He does not deal with you according to your sins. As far as the east is from the west so far has he removed your transgressions from you. From eternity to eternity the faithful love of Jesus is toward those who fear him. The Scottish minister Robert Murray M’Cheyne said this of the love of God in Christ: “He is altogether lovely. Live much in the smiles of God. Bask in his beams. Feel his all-seeing eye settled on you in love — and repose in his almighty arms.”

That’s how you regain the profoundness of Christ’s love. You live in the love of God. You stare at Christ until you see His all-seeing eye settled on you in love. This day, and every day, make it your aim to drink deeply from the love of Christ. And may we learn to say that the most profound truth we have ever encountered is “Jesus love me this I know.”

Over the last few weeks, I have been reflecting on friendship. I am going through a book called “Disciplines of a Godly Man,” by R. Kent Hughes (no relation) with a group of guys. Early on in the book Hughes has a chapter on the discipline of friendship. In the chapter, he exhorts men to have deep friendships, like that of Jonathan and David in the Bible. Friendships that are built on something more than just “doing stuff together,” but instead are marked by loyalty, honesty, and genuine love. Friendships that are forged over time, that are built on trust, and with people who are willing to get in the trenches with you. My pastor in Florida used to call these friends, “pallbearer friends,” the people who will carry your coffin (sounds a bit morbid, but you know what he’s saying). As I reflected on what it means to have a friend and to be a friend, my memories rested on one guy who showed me what real friendship looks and feels like.

Joel came to Whitinsville Christian School in sixth grade. As I have mentioned in a previous post, I had a learning disability in elementary school, but by fifth grade I was able to read. Once that happened, I took off like a rocket, academically that is. I was in the top three in the class. I worked hard to stay in that position and was very proud. When Joel came, I was bumped to fourth in the class because Joel was “wicked smart” (Whitinsville is in Massachusetts, if I haven’t said that yet).

Joel started off as a rival, a threat, an enemy, someone that needed to be destroyed, but Joel was a lot bigger, stronger, smarter, and faster than me. I was funnier, but funny guys rarely destroy strong guys. So, I decided it would be a better idea for me to befriend Joel. It was the right decision. Joel and I became very close, especially as we entered junior high. I got bullied in 7th grade and I told you how that translated into me becoming a bully in 8th grade. Joel was not bullied, nor was he a bully himself. Joel was kind, but his kindness didn’t mean weakness. In fact, his kindness was shown through his loyalty and he would stick up for his friends, even if that meant getting physical.

Here is the story. There was another family that we used to carpool to school with when I was in junior high. The boy from the carpool was in my grade. He was quiet and a bit strange. One day at recess (all good stories happen at recess…we should have more recesses) we were playing “hit the bat” (I can explain it to you if you don’t know what it is. I literally have never seen kids play this game other than when I was a kid, so who knows if it is a real game). Anyway, this boy walked right up to me, unprovoked, and said something very derogatory about my sister. I was completely stunned. I lived a pretty sheltered life and certainly had never heard that word in connection with my sister. I just stood there, then, out of nowhere Joel appeared and clobbered this boy on the back of his head and put him on the ground.

Joel said, “No one says that about my friends.” Now Joel wasn’t particularly friends with my sister, but I think you get the picture.

Perhaps Joel overreacted. Some of you might be appalled by this behavior, but I remember a wave of warmth coming over me. In fact, when I replay the scenario in my mind’s eye now, I get that warm feeling again.

He has told you, O man, what is good;
and what does the Lord require of you
but to do justice, and to love kindness,
and to walk humbly with your God?

“To do justice and to love kindness” are requirements that God has for us to carry out to other humans. The word kindness in Hebrew is hesed which literally means loyalty; “love loyalty,” I remember asking a mentor, who was a VP at a tech company in Florida, what he looked for in new hires. He said, “I used to look for competency, but after pouring into new employees, only for them to leave because of a better offer from another company, I decided to look for loyalty.” As a friend, I think it is the highest quality.

I first experienced that quality in Joel and I am forever thankful to him. I remember another time, as an adult when I was sitting in church after a weekend when I made several bad decisions, feeling the weight of my sin when the pastor read from Galatians 2:20. At the end of that passage it says, “And the life I now live in the flesh I live by faith in the Son of God, who loved me and gave himself for me.” That’s loyalty. That’s a friend of sinners. That’s my friend Jesus. I felt that warm feeling of friendship once again.

So who has been a friend to you? I would love to hear who you are owin’.