Wounds of the Resurrected Christ 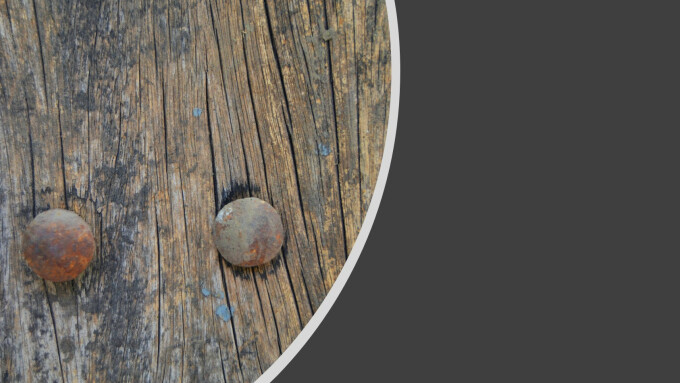 Question: “In the 20th chapter of John, after Jesus was raised from the dead, He appears to His disciples and shows them nail prints in His hands and the wound in His side to prove that He was the same person who was crucified. If He had His resurrection body, why did His hands and side still have wounds?”

Answer: In 1 Corinthians 15 the Apostle Paul says that “…Christ has indeed been raised from the dead, the first-fruits of those who have fallen asleep.” Jesus was not just brought back to life in the same way that Jairus’ daughter or Lazarus, this resurrection body can never be touched by death again. He conquered death by His own power, once for all, and His resurrection body is a glorified form of the body which hung on the cross, changed, but yet in some ways the same. In the resurrection accounts, He isn’t readily recognized by the disciples who had lived with Him for three years, and He seems to have the power to suddenly appear and disappear. However, this resurrection body was material, a very real human body, only in a glorified form. He ate fish and could be touched by Mary and the disciples. He was the “first-fruits” because Paul says, we will all one day receive a similarly glorified version of our current bodies because of our faith in His death for our sins and His resurrection.

But how could this perfected and glorified body of Christ still have the holes in His hands, feet, and side that were inflicted at the cross? Even our fallen, imperfect bodies heal rapidly… how could the disciple Thomas put his finger in the nail marks and his hand in Jesus’ side over a week after the resurrection? There is, of course, mystery here, but there can be no doubt that the wounds were not still open due to a defective or incomplete glorification of Christ’s body. Instead, these marks were left (temporarily?) on the body of Jesus for the very purpose which they serve in John 20 – as clear evidence to Thomas and the other disciples that this resurrected Jesus was the very same Master who taught them for three years and who was then beaten, mocked, and nailed to the cross. Otherwise, there would always have been a doubt in their mind about whether this wasn’t just some kind of apparition or imposter.

These wounds were a sign of our salvation. The Lamb of God who takes away the sin of the world has been slain, and now He lives forever. He is the resurrection and the life. As C.H. Spurgeon said, “…those dear wounds continually prove the truth of the gospel, and the truth of our salvation by it. Incarnate Deity is a thought that was never invented by poet’s mind, nor reasoned out by philosopher’s skill. Incarnate Deity, the notion of the God that lived, and bled, and died in human form, instead of guilty man…is itself its own best witness. The wounds are the infallible witness of the gospel of Christ.”

The Worth of Christ's Death 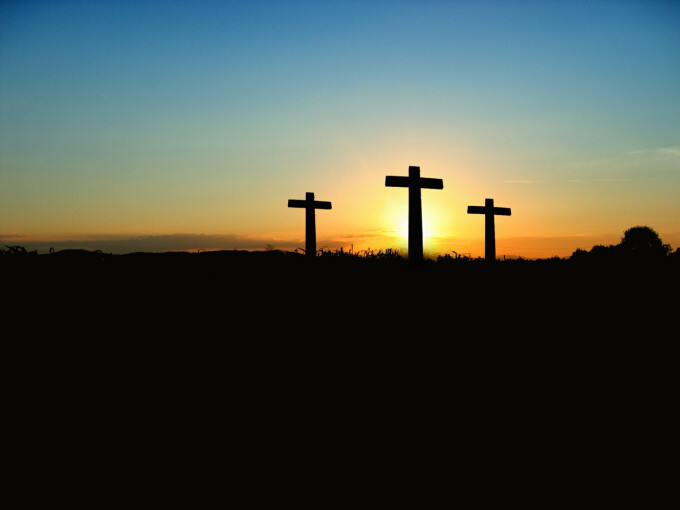 Question: “How does the death of Jesus Christ pay the penalties for all the sins of all of God’s people?”

Answer: God told Adam and Eve that they would die if they broke His laws. The rest of Scripture continually emphasizes the fact that death is the necessary consequence of our choice to sin against God. “Behold, all souls are mine…the soul who sins shall die.” (Ezekiel 18:4).  “For the wages of sin is death…” (Romans 6:23).  “Death” in Scripture sometimes means the end of physical life, but ultimately it means the eternal suffering of body and soul in hell, separated eternally from God’s favor. And since “all have sinned and fall short of the glory of God,” everyone deserves to die eternally.

If eternal physical and spiritual death seems a severe penalty for the sins that we’ve committed it’s only because, as sinners, we are blind to the gravity and hideousness of our sin. To reject God’s authority and pursue our own glory instead of His is to commit “cosmic treason.” The seriousness of an offense rises exponentially with the importance and dignity of the one who is offended. If you spit in my face, I may rebuke you, but that would be the extent of your punishment. If you spit in the face of a policeman, you may end up in jail for a little while. If you spit in the face of the President of the United States or the Queen of England, you will definitely spend a long time in prison. Imagine what the sufficient penalty would be for our far more serious offenses against the infinitely holy God of the universe!

God has, in His grace, provided only one way for sinful human beings to avoid the penalty of physical and spiritual death that their sins deserve – He provides an adequate substitute who would qualify to die in the place of the guilty sinner. The Lord pointed to this salvation-by-the-death-of-a-substitute when He required the Israelites to present bloody sacrifices of blemish-free animals in order to know and worship Him. He makes it clear in Leviticus 17:11 that “atonement” (reconciling God and sinner by satisfying God’s wrath against sin) requires the death of a God-appointed substitute – “For the life of the flesh is in the blood, and I have given it for you on the altar to make atonement for your souls, for it is the blood that makes atonement by the life.” As it is written in Hebrews 9:22, “Indeed, under the law almost everything is purified with blood, and without the shedding of blood there is no forgiveness of sins.”

However, the animal sacrifices of the Old Testament were clearly not sufficient to accomplish atonement between God and sinners. As the writer of Hebrews points out, “…in these sacrifices there is a reminder of sin every year. For it is impossible for the blood of bulls and goats to take away sins.” Men and women are made in God’s image and are therefore of far greater value than the other creatures that God has made.

Only the sacrifice of a perfect, sinless man could possibly serve as an adequate sacrifice for the life of a guilty sinner. And this is what God the Father provided when He sent His Son, our Lord Jesus Christ, to die on the cross in our place as our substitute. “But when Christ had offered for all time a single sacrifice for sins, He sat down at the right hand of God…For by a single offering He has perfected for all time those who are being sanctified.” (Hebrews 10:12-14).

How do we get this “salvation-by-the-death-of-Christ-our-Substitute?” Jesus made this abundantly clear in John 5:24, “Truly, truly, I say to you, whoever hears My word and believes Him who sent Me has eternal life. He does not come into judgment, but has passed from death to life.” Believe in Him as your crucified and risen Lord and put all your hope in Him.

This begs one more question: how is Christ’s one life offered-up on the cross sufficient to pay for the sins committed by millions of those who place their faith in Him? Look at it this way: If I were to give you a quarter, you could go to the grocery store and get one piece of (small) candy in return. But what if I gave you a 1933 Gold Double Eagle coin, one of which was sold at an auction several years ago for $7,590,000? How many pieces of candy could you buy with one of those?

Jesus Christ is fully God and fully man, so His perfect human and divine life is infinitely more valuable than your life and therefore sufficient to pay for the sins of all of God’s people in every age. Add to this picture that your life was so corrupted and stained by sin that it was worthless, like a filthy rag in the sight of God (Isaiah 64:6). But the beauty of God’s grace is that, as Paul says, “…while we were still weak, at the right time, Christ died for the ungodly. For one will scarcely die for a righteous person – though perhaps for a good person one would dare even to die – but God shows his love for us in that while we were still sinners, Christ died for us.” (Romans 5:6-8).

Posted by Rev. Dan Kiehl with
Tags: the worth of christ's death