I remember one evening when I was looking forward to watching one of the late-night talk shows. I heard that one of my favorite actresses would be making a rare appearance and I was anxious to learn more about what she was like. She had earned my respect and admiration not only for her exceptional acting abilities but also for her taste in movie roles. She always played characters who were noble, refined, classy, and intelligent. What a shock it was to witness her behavior during that interview!  It turned out that in real life she was crass, immature, self-absorbed, and self-indulgent. As disillusioned as I was, I did come away from the experience with a greater appreciation for her acting abilities, since her true personality was so radically different than the roles she played!

I have never wanted to be an actor. I tried it once in high school and found no pleasure in it. Maybe it felt too much like real life – in many of the roles that I play in life it so often seems like I am only an actor. Many days, when I go to work I put on my “good pastor” mask and hope that no one will see through the façade. When I come home I exchange that mask for a “good husband” mask. When I call my friend, I have to do my best “caring friend” impression. Sometimes my weariness at the end of a day is just the emotional let-down after a series of performances.

Of course, I’m not saying that any of these personas in my life are completely inauthentic, but the reality is not what I want the perception of others to be, so I keep playing the parts. They say that you can judge a great actor by how effectively he makes you forget that he’s acting. Sometimes my acting in the roles of my life is so bad that a child can tell that I’m pretending. But sometimes I act so well that even I forget that I’m pretending.

During His earthly ministry, Jesus condemned no sin more vigorously than the sin of hypocrisy. Interestingly, the Greek word that is translated “hypocrite” in the New Testament, is a word borrowed from the theater, and it means “actor.” So a hypocrite is someone who takes on the appearance and plays the role of someone that doesn’t correspond to his real self. Jesus’ harshest language was reserved for His descriptions of the Pharisees, religious leaders who reveled in their reputation for deep piety and impeccable theology. Jesus, who could see all the way through them, said to them, “You are like whitewashed tombs, which look beautiful on the outside but on the inside are full of dead men’s bones and everything unclean” (Matthew 23:27). He warned His disciples, “Be on your guard against the yeast of the Pharisees, which is hypocrisy. There is nothing concealed that will not be disclosed, or hidden that will not be made known” (Luke 12:1-2). I can’t think of more frightening words; one day all of our masks will be ripped off of our faces, and we will be fully exposed. I could not bear that thought if I didn’t have the hope of the Gospel – I know that Jesus Christ died for my sins and that I will be covered on that day with the robes of His righteousness.

As a recovering hypocrite (yes, the church and her pulpits are filled with recovering hypocrites!) I know that my hope lies in two things: first of all, that God’s word promises me, “He who began a good work in you will carry it on to completion until the day of Christ Jesus.” (Philippians 1:6). By His grace, what is good and true and admirable in me is more real than it used to be, and He will continue to change me. Second, the more I understand the grace that is in Christ, the less I need to fear exposure before God and others. I can be transparent, honest, and authentic… I can be me. 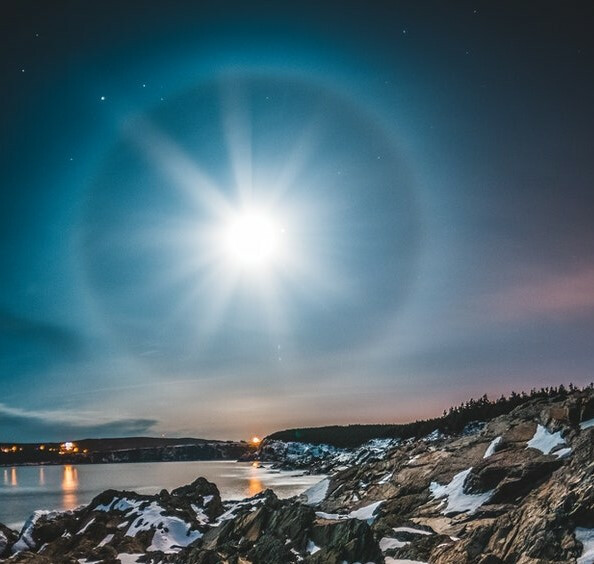 Question: “Are the miraculous gifts of the Holy Spirit mentioned in Scripture – e.g., healing, speaking in tongues, and prophecy – still active in the church today?”

Answer: Let me preface my answer by making it clear that I believe that our God is still doing miracles in the world today. I have read and heard of many stories of Divine intervention in the lives of people and the affairs of nations that I have no reason to dispute since our God is all-powerful and does as He pleases. During periods of revival, persecution, and successes on the mission’s frontier He has often given special manifestations of His power that defy any earthly explanation.

Having said that, I believe that the miraculous gifts of the Holy Spirit, as they are described in the New Testament, are not still active in the Church today. Many Christians passionately disagree with me and believe that, because these gifts were in operation during the New Testament period, we should expect them to continue today. In 1 Corinthians 13:8-10, Paul indicates that these miraculous gifts would have a limited purpose and would end. But what is that purpose and when did or will they end?

Since there is no clear statement in Scripture about when the miraculous gifts were to end, it will help to look to Scripture to discover their purpose. Paul says that the Spirit gives gifts “as He wills” (1 Cor. 12:11) and all of the gifts have the purpose of serving and building up one another and the Church (1 Cor. 12:7). Romans 12 and 1 Corinthians 12 list a number of gifts that have an ongoing, “ordinary” purpose of serving the body of believers, such as teaching, giving, leading, mercy, administrations, etc.

But some of the gifts of the Spirit are said to have a special purpose – that of authenticating a messenger from God so that his (or her) message could be trusted as Divine revelation. These are called the “miraculous” or “sign” gifts and gave the gifted person the ability to perform acts that suspended natural physical laws. During critical periods of revelation in redemptive history, they were given to attest to a prophet’s or apostle’s authority to speak for God. The miracles were their “credentials,” so to speak.

For example, in Exodus 4, when God appeared to Moses in the burning bush and commanded him to speak to the leaders of Israel and to Pharaoh, Moses said, “What if they do not believe me or listen to me and say, 'The LORD did not appear to you?'” The Lord responded by giving Moses the power to turn his rod into a snake, and explained,
“‘This,’ said the LORD, ‘is so that they may believe that the LORD, the God of their fathers — the God of Abraham, the God of Isaac and the God of Jacob — has appeared to you.’” In 1 Kings 17, when Elijah raises a widow’s son from the dead, the widow responds by saying, “Now I know that you are a man of God and that the word of the LORD from your mouth is the truth.” Peter refers to the purpose of Jesus’ miracles in his speech to the Jews in Acts 2:22: “Men of Israel, listen to this: Jesus of Nazareth was a man accredited by God to you by miracles, wonders, and signs, which God did among you through him, as you yourselves know.” Paul defends his own right to speak as God’s representative in 2 Corinthians 12, and says specifically, “The things that mark an apostle - signs, wonders, and miracles - were done among you with great perseverance.”

So the miracles performed by Moses, Elijah, Jesus, and Paul had the explicit purpose of showing them to be men, “accredited by God,” to speak as prophets of God. What they spoke or wrote was to be considered as God’s Word, and others would know this by the signs that they performed. This explains why miraculous gifts of the Spirit weren’t in operation during all periods of Biblical history. They show up in brief “spurts” – primarily during the time of Moses and the giving of the Law; during the time of Elijah and Elisha and the writings of the Old Testament prophets; and during the time of Jesus and His disciples. This makes perfect sense if we see their purpose in authenticating those who were called by God to be the human authors of His inspired Word. Those who exhibited the “sign gifts” were expected to be God’s spokesmen, giving inerrant and infallible revelation from God.

It is apparent in the New Testament that not everyone who exercised these miraculous gifts was an Apostles or writer of Scripture, just as there were “schools of the prophets” and examples of people prophesying in the Old Testament who weren’t authors of Scripture. But these gifts appeared during periods of revelation and were exercised in a manner consistent with the purpose of prophetic miracles. For instance, in 1 Corinthians 14:22, Paul says that the gift of speaking in tongues (the ability to speak the truth and be understood no matter what language the listener knows) “are a sign, not for believers but for unbelievers.” The gift of tongues was a sign to both unbelieving Jews and the Gentile nations that the Kingdom of God was no longer a Jewish kingdom that only conversed in Hebrew. The major new revelation during the Apostolic period was the breaking down of the wall between Jews and Gentiles by Jesus Christ (Ephesians 2:14-22), so a sign that accompanied that new revelation was the supernatural ability to proclaim the Gospel and be understood by people of all languages, not just the Jews.

So, even though there is no explicit statement in Scripture regarding when the miraculous gifts of the Spirit ended, the clear explanations in Scripture of their purpose in authenticating God’s messengers indicate that when God’s revelation in Scripture ceased, so did the miraculous gifts. “In the past, God spoke to our forefathers through the prophets at many times and in various ways, but in these last days He has spoken to us by his Son, whom He appointed heir of all things, and through whom He made the universe.” (Hebrews 1:1-2). Jesus is God’s final Word, and no longer needs any spokesmen or miraculous gifts to affirm them.