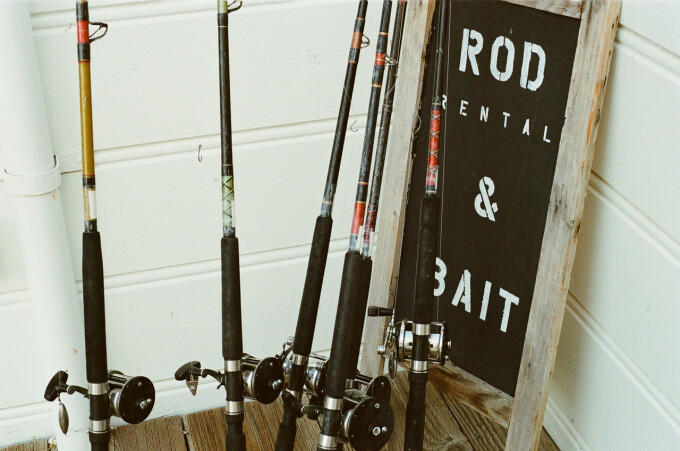 Since coming to State College, four years ago, I have taken up fly fishing. I am not very good and I don’t understand much of the technique or methods, but I do know this, you can’t clean a fish unless you catch a fish. But I didn’t learn that principle from my lackluster fishing skills, I learned it from Marthenia Jones.

I met Marthenia Jones about 10 years ago while I lived in Florida. The community I lived in was fairly middle class, but there was a historically Black community called Booker T. Washington that was about one mile from my church. This area was largely lower-income, known for drugs, prostitution, and violence. In fact, not long after I started getting involved in that community a young man was shot and killed because of a drug deal gone bad at a house I had just visited.

The Booker T. community was not big and maybe had 1,000 residents and two community centers. Both were focused on the children of the community, one was privately funded and the other was funded, primarily, by the local police department and it was called the PAL (Police Athletic League). Marthenia ran the PAL. PAL was not a Christian community center, but Marthenia was a Christian and brought her faith to the center.

Marthenia and I hit it off the minute we met. Marthenia has a big personality, loves to laugh, is very competitive, and loves Jesus. She and her husband, Lorzeno, were and are good friends to me and taught me so much about how to interact, engage, and love people who do not look like me, believe what I believe, or value what I value. I am owin’ Marthenia a lot when it comes to how and why I do ministry.

I do not totally remember how my relationship with PAL or Marthenia (aka Ms. Tudy) started but I do know what I thought about myself when we first met. I felt like I was better than those kids, parents, grandparents, volunteers, and even Marthenia, and they were lucky to have me involved in their community. I had two degrees under my belt and I was working on my third. I had a good job, a stable family and in general thought I was the answer to much of what the Booker T. community needed. I masked my arrogance well by saying the right words and being available to serve, but had an internal monologue that fed that arrogance by looking down on those around me.

Marthenia showed me that a person can mask their arrogance with their words and actions, but it is a lot harder to mask ignorance, because many times we don’t know what we don’t know about our own ignorance. It is also interesting that many times when our ignorance is exposed, so is our arrogance. I was exposed about a year after steadily volunteering with PAL. I would show up once or twice a week to hang out with the kids, meet some of the parents, and build a stronger relationship between PAL and my church. I would also bring others with me to meet Marthenia and to help with tutoring some of the kids and to be involved in the center. I was putting a lot of time and effort into that community.

I would have conversations with Marthenia that were deep. We would talk about theology, life, pain, suffering, the hurt of the community, the problems in the community, racism, and the love of Jesus. If I am honest, I usually thought that I was the one imparting the knowledge about all these things. I knew what the problem was in the community. I knew all about racism. I knew all about hurt and how to deal with it. And of course, I knew everything about the love of Jesus because I was in seminary for crying out loud!

So there I was, the “great hope” for Booker T., and yet with all my knowledge and ready to change a community, I found the kids to be very distant, the parents would not engage, and overall I felt like an outsider, and wondered why I even showed up.

After about a year, I was sharing my frustrations with another friend who lived in Booker T. I was sharing how I was pouring into this community and yet the people didn't seem to care. It didn’t seem like my friend was listening to me because instead of sympathizing with me he told me that Marthenia had not gotten a paycheck from PAL in over a year. She and her husband lived off of his tow company income. He told me that Marthenia was routinely taken advantage of by parents who said they would pay but didn’t. Marthenia would open up early and stay late for these parents so they could drop their kids off early and pick them up late. He told me he had watched parent after parent berate Marthenia, cuss her out, call her all kinds of names, and continually take advantage of her. I was incensed.

The next day I went and saw Marthenia and told her she was being taken advantage of, that she needed to stop letting these parents treat her this way, and that she needed to stand up for herself with PAL and get paid. She smiled at me. I thought she was being ignorant for letting others treat her this way, but I was the ignorant one. She told me that I was wrong, she had not been paid for two years. She told me that she did not do that job for money, or for acceptance by others. She did that job because she loved people and loved Jesus.

Then she said something I will never forget. She said, “Owen, if you want to clean a fish, you gotta catch it first, and no one cares how much you know until they know how much you care.” Marthenia was working for the long game and the long game is called that for a reason. It takes checking your arrogance at the door and being ready to own your ignorance when it is pointed out. It takes being willing to be taken advantage of, to show up early and leave late, and to never receive anything but more demands and ingratitude.

I have to remind myself of these two principles all the time. Ministry is hard, but is primarily hard because of my ignorance and arrogance. It is because I think too highly of myself and I am too worried that I am not getting my due. One simple and profound verse that reminds me of these principles is Romans 5:6, which says...

For while we were still weak, at the right time Christ died for the ungodly.

I know that God cares for me, because He shows me He cares. “Weak” and “ungodly” are ignorance and arrogance, and that’s me. When I was ungodly, unwilling (arrogant), and weak, unable (ignorant) that is when Jesus saved me. I was caught by Christ’s grace and cleaned by Christ’s love.

Marthenia taught me and continues to teach me, that my job in ministry is to be a tool in God’s hands to help catch people so that Jesus can clean them.

I am owin’ Marthenia Jones for teaching me what love does!

Who are you owin’? I would love to hear. Perhaps take some time and thank them.