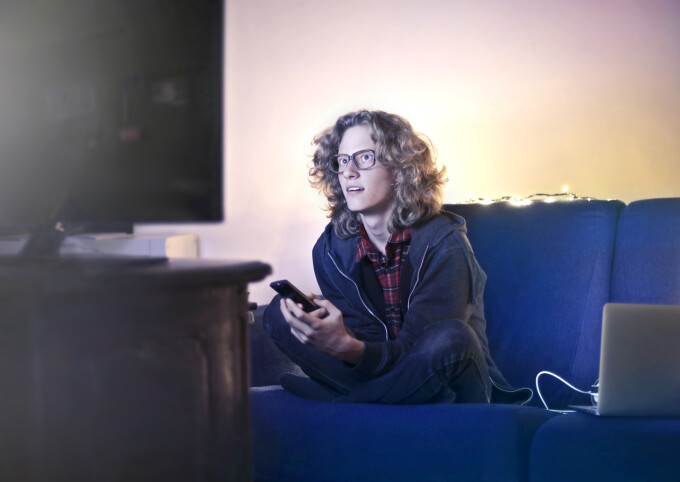 ANSWER:  There is no single, blanket answer to that question that will fit every individual Christian or Christ-centered family. Generally speaking, American Christians watch too much television and, specifically, too much television that is detrimental to Godly thinking and Godly living. I don’t want to blunt the force of that assessment. Almost all of us need to repent, to one degree or another, for how we abuse television, not to mention other similar forms of entertainment.

However, repentance is rarely as simple as removing the opportunity for sin from your life. TV is a blessing and a curse that I've wrestled with most of my life. I've found the TV vs. no TV to be unhelpful. I've tried every avenue, both for my own sake and for the sake of my family. We started with no TV. Then we tried a small black & white TV. Then we got a nice color TV. Then we got rid of the TV. Then we brought back the TV and brought in cable. Then we tried schedules for TV time. Then we added a lock system for the cable. Then we got rid of cable and used an antenna. The bottom line is that it is really an issue of the heart, not electronics.

The real issue is the amount of time we spend on these things, relative to their real value in life. In our family, we have cable and a couple of streaming services because the best TV programming is found on there (for me, its movies, sports, news, history, and nature programs). At this point in my discipleship, I would rather have more options of quality (artistic, intellectual, moral) programming and focus my effort on reducing the time my family and I spend watching. It’s an ongoing but worthy struggle, and we are all at different places in our spiritual development. For some TV isn’t an issue at all; others are so weak before its temptation that getting rid of the TV is the only viable option, at least in the short-term.

Also, I'm trying to learn the difference between legitimate enjoyment of worthy programs and the sinful desire to fill my spiritual hunger, emptiness, or restlessness with mind-numbing entertainment. There is a clear difference when I’m willing to look in my heart to see it. Removing the television will not change my heart; I will just search for some other idol to fill my emptiness. My lifelong goal is to find my satisfaction in the Lord and the good things of His Kingdom, some of which are reflected in the wholesome, excellent artistic efforts you can find on TV, if you’re willing to search for it.