Can we lose our salvation? 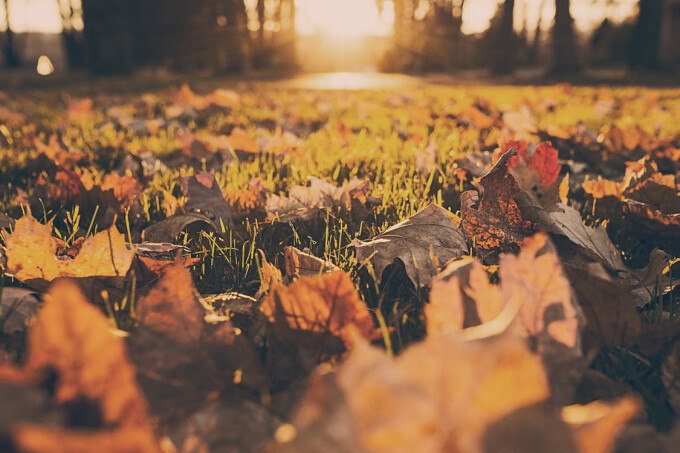 QUESTION: “Does Hebrews 6:4-12 teach that it is possible to lose your salvation?”

ANSWER: First of all, for the sake of the uninitiated, let me define the issue. We would all agree (I hope) that salvation is by the grace of God alone. However, once you have placed your faith in Christ and been cleansed of all your sins (important point here: all sins - past, present, and future), is it possible to go back to a state of being lost, unforgiven, and under the eternal condemnation of God? Can God punish me for a sin for which Christ already died? If your faith is genuine, can you lose it or renounce it? I will get to Hebrews 6 in a moment, but it is helpful to look at the bigger picture of Scripture’s teaching first.

The "point" of Calvinism that we are dealing with is the last one (the "P" in "TULIP"), "Perseverance of the Saints." Therefore, it is difficult to present a case by only dealing with the conclusion of the argument. If you don't buy the first four points - Total Depravity, Unconditional Election, Limited Atonement, and Irresistible Grace - then the last one is hard to swallow. On the other hand, if you are convinced that the Bible teaches God's sovereignty over the entire work of salvation, from beginning to end, then Perseverance of the Saints becomes the logical (and Biblical) conclusion. That is why some scholars call it the "Preservation of the Saints" – it's God's work, not ours!

Before I get to Hebrews 6, let me share some other Scriptures that teach that the whole work of saving us, from the moment of faith, through sanctification, until glorification is the work of God which cannot be thwarted. Ephesians 2:8 says, "For it is by grace you have been saved, through faith - and this not from yourselves, it is the gift of God - not by works..." The faith that saves us is God's gift to us, not our contribution to the process; it's not up to us to preserve it. John 5:24 says, "...whoever hears My word and believes Him who sent Me has eternal life and will not be condemned; he has crossed over from death to life." The person who believes - at that moment - crosses over to life, possesses eternal life (not conditional life), and will not be condemned...that's our Lord's promise. Philippians 1:6 says, "...He who began a good work in you will carry it on to completion until the day of Christ Jesus." Paul wasn't confident that the Philippian Christians would stay faithful; he was confident that God would complete His work of saving them. Jesus had the same confidence: "...this is the will of Him who sent Me, that I shall lose none of all that He has given Me, but raise them up at the last day...everyone who looks to the Son and believes in Him shall have eternal life, and I will raise him up at the last day" (John 6:39,40).

What about our experience, though? We've all known people who professed faith in Christ, only to later turn away from Him. The Bible teaches that turning away from Christ proves that your faith was never genuine to begin with. 1 John 2:19 (speaking of false teachers who left the church) – "They went out from us, but they did not really belong to us. For if they had belonged to us, they would have remained with us; but their going showed that none of them belonged to us." To fall away or apostatize (permanently) is evidence that your faith was not really genuine in the first place.

Okay, now for an interpretation of Hebrews 6, a difficult passage to be sure. It speaks of a group of people who had been "enlightened," who had "tasted the heavenly gift", who had "shared in the Holy Spirit," who had "tasted the goodness of the Word of God and the powers of the coming age." The writer of Hebrews (Paul? Another debate for another day...) says that those people, if they fall way, could not be brought back to repentance because "they are crucifying the Son of God all over again." Hebrews was written to professing Jewish Christians who were contemplating going back to the ways of unbelieving Judaism and renouncing their faith in Christ. How you interpret the whole passage will depend on whether you assume that this "enlightened" group was made up of true believers or whether they were only professing believers who were a part of the church but never really believed.

You can only determine the answer to that question by looking at the context of the passage – both the immediate context and the Scripture as a whole. I don't have the space to show from other parts of Scripture that the terms applied to this group ("enlightened," "tasted," "shared," etc.) can be applied to those who are "tares among the wheat." But the immediate context answers the question pretty clearly. The very next verses (7 & 8) contrast land that produces abundant fruit with land that produces thorns and thistles. This is a clear allusion to Jesus' parable of the Sower and the seeds, which illustrates the different responses that people have to the preaching of the Gospel. Some give no response (seed on the path), some give an initial, superficial response (seed on the rocks and among the thorns), and some receive the word in their hearts and it develops life-giving roots, and they bear the genuine fruit of salvation (seed in good soil). Clearly, the writer puts this "enlightened" group in the category of those that only gave a superficial response and did not produce genuine fruit.

The final proof is in verse 9 - "Even though we speak like this, dear friends, we are confident of better things in your case – things that accompany salvation." He goes on in the next verses to describe the genuine fruit that he saw in the lives of these wavering believers. The point is that those who are truly saved bear fruit of the faith that God gave to them by grace. Those who fall away show that they did not possess the "things that accompany salvation."