How I Became Reformed (And Why You Should Baptize Your Babies) 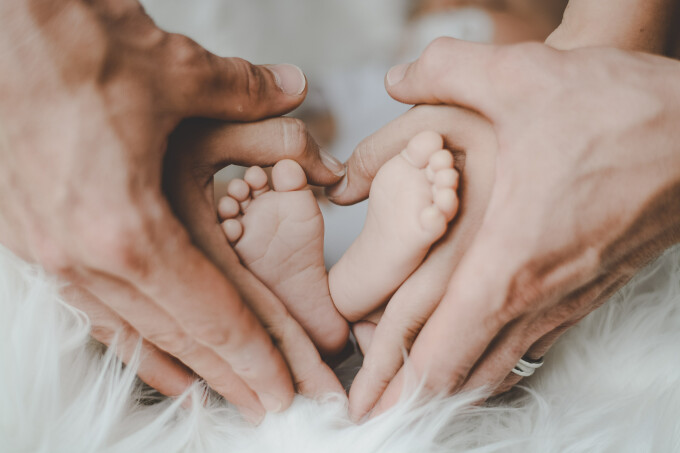 Late last Fall the word began to spread around Oakwood that a former Baptist pastor was going to be the next youth pastor. I’m sure it had the same ring to it as those comments by early Christians who heard about Saul’s conversion; “He who used to persecute us is now preaching the faith he once tried to destroy.” Well, maybe it wasn’t quite that drastic, but it is certainly true that I – a son and great grandson of Baptist ministers – grew up a committed Baptist. As the name suggests believers-only baptism is a central tenant of Baptist theology, and I believed it. I whole-heartedly, passionately believed it. Ironically, it was my wife who first suggested in seminary that because I was a Calvinist, I should be a Presbyterian. But with a proud and defiant smirk I told her I would never baptize an infant! Never say never, right? Nearly ten years later here I am, a youth pastor seeking ordination in the PCA who on July 5 happily witnessed the baptisms of all three of his yet unregenerate (to my knowledge) sons marking them as members of the covenant community. What in the world happened?

It’s a question I know many of you have been wondering, and since it’s a question I have been trying to wrap my head around for 18 months I thought I’d walk with you through what ultimately brought me fully into the Reformed faith.

You might envision the Baptist doctrine of believers-only baptism as a glass orb suspended by a three-stranded chord. And you know what the Bible says about chords of three strands? Changing my mind wasn’t easy, but little by little those chords began to fray.

That was my position for many years, but as I began to study the covenants for myself, I came to the conclusion that rather than discontinuity between the Old and New Testaments there is evident continuity. I came to see that what we are given in the New Testament is no different in substance than what we find in the Old Testament. And the substance is Christ. Yes, the “old” covenant is now obsolete. But the author of Hebrews was not speaking about the entire Old Testament in 8:13, but specifically of the Mosaic Covenant. The Mosaic Covenant is indeed obsolete because the One to whom it pointed in types and shadows has now come as our Great High Priest and sacrificial lamb. The New Covenant is different not in the sense that its promises and blessings didn’t exist before, but in that we no longer need priests, temples, or sacrifices because the substance of the covenant has appeared in Jesus. I came to see that the same promise given to us in Christ was given by God to every believer throughout the ages. Paul taught that if we are in Christ, we are Abraham’s descendants and heirs according to the promise (Gal. 3:29). We are recipients of the same covenant promise given to Abraham that God would be God to us and to our children forever (Gen. 17:7, Rev. 21:3). The New Covenant is different and distinct and even new compared to the Mosaic Covenant, but not to God’s covenant with Abraham where the covenant of grace begins to be spelled out. What I came to see ultimately was that there is one covenant of grace stretching across the pages of Scripture that gives to all believers, both in the Old and New Testament, Christ and all his benefits.

One of those benefits is the sacrament of baptism. This benefit was administered in the Old Testament through the sacrament of circumcision to believers and their children, not to believers only. In the New Covenant the sign has changed. We no longer circumcise, we baptize. But nowhere does the New Testament indicate that the recipients of the sign have changed. Just as it was in the Old Testament, so it is now that “the promise is for you and your children” (Acts 2:39).

Coming to the Reformed understanding of the Covenant of Grace was the first and largest domino that had to fall. Once I made that switch the other “chords” frayed with greater ease. The second chord supporting the glass orb of believers-only baptism is the Baptist understanding of the nature of the church. Baptist ecclesiology (doctrine of the church) flows directly from their doctrine of the covenants. Based upon the discontinuity they find between the Old and New Testaments Baptists developed the doctrine of regenerate church membership. Whereas in the Old Testament the people of God are always a mixed group of believers and unbelievers, Baptists believe this has changed in the New Covenant so that now only professing believers are considered members of the church. This is a crucial position for a Baptist pastor as the way in which you minister is directly tied to it. As you can imagine this doctrine has significant pastoral implications about who can be considered a member of the church and who are candidates for baptism.

Regenerate church membership was a significant hurdle to overcome on my journey into the PCA. How could I baptize an infant who was not regenerate? How could unregenerate infants be received into membership?

This is why grasping the Reformed view of the Covenant of Grace was so important. Once I saw the continuity between the Old and New Testaments it became clear, as I mentioned above, that the visible people of God on earth have always been a mixed body of believers and unbelievers. Consider that both of Abraham’s sons, Isaac and Ishmael, were circumcised (thus recognized as visible members of the covenant community), though only Isaac was the child of promise. The visible church from Abraham until today has always been composed of believers and their children.

So, I was two strands down. That shiny glass orb of believers-only baptism was starting to shake a little, but there was one significant chord left to snap. I could see the continuity between the covenants. I could see how that understanding could allow even infants to be considered part of the visible church. There was one problem left. What about baptism itself? Isn’t it a sign for believers? Isn’t baptism a testimony of faith? The last issue I had to work through was the nature of baptism.

If you’ve attended a baptism in a Baptist church you’ve no doubt heard baptism referred to as an “ordinance,” not a sacrament. Perhaps that seems more like semantics than a real difference, but it’s significant. An ordinance is like a piece of legislation; it’s a command to follow. The Baptist Faith and Message 2000 (the statement of faith of the SBC) says that baptism is “an act of obedience” and a “testimony” of one’s faith. In other words, in Baptist theology baptism is the work of the believer that testifies to his commitment to Jesus. Of course, that definition implies a few things and chief among them is that the one being baptized must be a believer with sufficient fruit to ensure that he truly is regenerate.

Now, so as not to be unfair to my Baptist friends, there are things in that definition that Reformed believers agree with. We are commanded to be baptized, and in the case of new adult converts we agree that they must be believers. But all of the Reformed confessions including the Westminster Standards categorically deny that Baptism is a mere ordinance. It is rather a real sacrament. That is to say, in baptism God does something. The Shorter Catechism teaches that in baptism “Christ and the benefits of the new covenant are represented, sealed, and applied to believers” (WSC, 92). This is clearly taught in the Scriptures. Abraham received the sign of circumcision as a seal of the righteousness he had by faith (Rom 4:11). So, here is the chief difference between the Baptist and Reformed understandings of baptism. In Baptist theology baptism is my work, my testimony of faith, my promise to be faithful to Jesus. In Reformed theology baptism is God’s work. Baptism is not something we do, but something God does. In it he testifies that he will be faithful to keep his promises and love us forever. Baptists administer the “ordinance” upon profession of faith. The Reformed administer the sacrament on the basis of God’s promise.

That is why we can administer baptism to infants. They are members of covenant community, so we baptize them on the basis of God’s promise to be God to us and to our children. And as we baptize them, we hope and pray that God will give them in reality what has been signified to them in baptism, namely Christ and all his benefits.

This final chord snapped last year when I ran across this quote from B.B. Warfield, the great 20th century Princeton theologian: “Every time we baptize an infant we bear witness that salvation is from God, that we cannot do any good thing to secure it, that we receive it from his hands as a sheer gift of his grace, and that we all enter the kingdom of heaven therefore as little children, who do not do, but are done for.”

I read those words and wrote in my journal, “I think I just became a Presbyterian.” The glass orb shattered, and my days of “persecuting” baby-baptizers came to an end. My wife was right all along. Now, as Paul said, I want all men to become as I am. I want all believers to see in every baptism not a testimony of their commitment to God, but God promising that “as surely as water washes away the dirt from the body, so certainly does his blood and Spirit wash away my soul’s impurity” (Heidelberg Catechism, 69). And I want believers to embrace the promise that God has given to his church to “be” God to us and to our children, and then to give their children the sign and seal of that covenant. Then parent, let that gospel promise signified in baptism stir up faith in the heart of your children that Christ might become truly theirs.