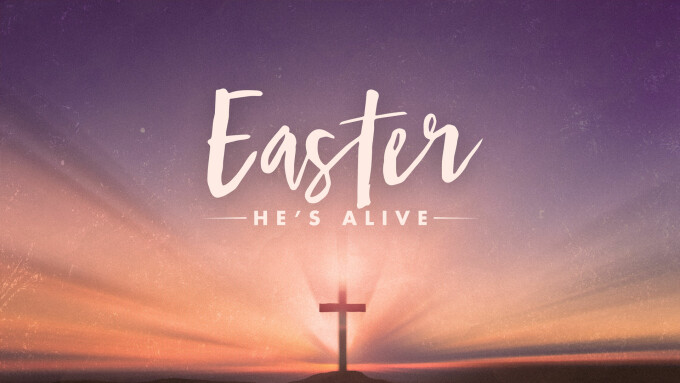 This weekend Christians around the world celebrate the most important event in their faith: the resurrection of Jesus Christ.   Many people would scoff at the idea of celebrating what they consider to be a myth.  Others, even many professing Christians, would say that Jesus wasn’t literally raised from the dead, but it is His example and teachings that we commemorate.  For them, Easter is a celebration of ideas, not an historical event.

Thomas Jefferson was one who felt he could embrace the morality of Jesus Christ but could not accept the claims to His divine nature and power.  Therefore, shortly before he died, Jefferson took it upon himself to create an edited version of the story of Jesus’ life.  He cut out all references to the supernatural, leaving what he considered to be a useful, purely moral document.  Jefferson’s gospel ends abruptly with these words:  “Now, in the place where he was crucified, there was a garden; and in the garden a new sepulchre, wherein was never man yet laid. There laid they Jesus, and rolled a great stone to the door of the sepulchre, and departed.”

At least Jefferson was honest, more honest than the theologians and preachers of our day who share his disbelief in the resurrection and his desire to follow a “Jesus Lite”.  They don’t cut the references to the resurrection out of their Bibles – they just ignore or dismiss them, or else they redefine the terms.  But, although Jefferson was sincere, he was also sincerely wrong.

What if the story of Jesus’ life did end with the closing of His tomb?  What if His body decomposed and turned to dust?  The great English preacher Charles H. Spurgeon called the bodily resurrection of Christ “the keystone of the arch of Christianity” and said that “if that fact could be disproved, the whole fabric of the gospel would fall to the ground.”   The linchpin that holds together all Christian beliefs is the historical resurrection of Christ.

The fact that Jesus conquered death is the only hope for sinners to know God.  There are two important things that anyone can know from casual observation of the world around us:  first, that a world this complex and beautiful must be the creation of a good, wise, and powerful God; and second, that this world is full of evil and suffering.  And then there is a third truth that we all know at a gut level – somehow, we are to blame.  The evil isn’t just out there; it’s also in us.  We may outwardly deny our guilt, but our consciences are not easily silenced.  And death is our unavoidable sentence.

No matter what incessant advertisements may tell us, our basic need in life is forgiveness and reconciliation with God.  That is what will bring us peace and satisfaction… wholeness.

Famous psychiatrist Dr. Karl Menninger once said that if he could convince the patients in psychiatric hospitals that they were forgiven, seventy-five percent of them could walk out of the hospital the next day.   But all of us are mentally, emotionally, and spiritually damaged by our inability to forgive and find forgiveness.  It’s just a matter of degree.  We all need to be made right with God.

Jesus was a good man; as a matter of fact He was perfect.  But the example of His life cannot take away the guilt of our sins; nor can it change our sinful, rebellious hearts.  That’s why the purpose of Jesus’ life was not to teach, lead a movement, or perform miracles.  He came to die.  He was not a victim or a martyr. He willingly laid down His life as a sacrifice for sins.

That’s why His resurrection was necessary.  It proved that His perfect life, offered on the cross, was an acceptable sacrifice to God, in the place of ours.  The penalty for our sins has been paid in full, once and for all.  Forgiveness is available to all that believe.  The Bible makes it clear:  “…if you confess with your mouth, ‘Jesus is Lord,’ and believe in your heart that God raised Him from the dead, you will be saved.” (Romans 10:9).

Here’s what the Bible tells us that we can know for sure, because these things are proven by His resurrection:  that Jesus is the unique Son of God (Romans 1:4); that Jesus is the one who will return someday to judge all people (Acts 17:30,31); that Jesus is the Lord over all (Romans 14:9); and that those who put their trust in Him will also be raised after death to live with Him (John 14:19).  That is good news, the best news.  That is worth celebrating!