Hold the Line on Sola Fide 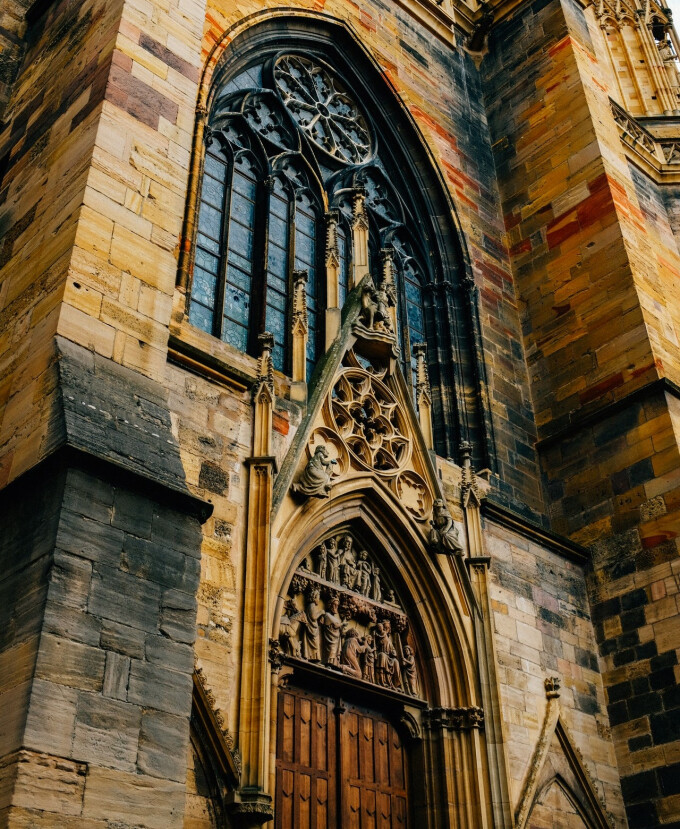 It’s October again. I love October. Like most people, I love October because I get to pull my favorite jackets and sweaters out of the closet, carve pumpkins with my boys, and then eat their trick-or-treat candy in early November. What’s not to love? But that’s not what gets me most excited every year when October rolls around. Maybe “excited” isn’t even the right word. In October I get hyped, energized, even a tad chippy because in October I’m reminded of the Reformation.

Reformation Day falls every year on October 31. It’s the day we remember that neurotic monk turned devil-defying preacher, Martin Luther, who nailed his 95 Theses to the church door in Wittenberg in 1517 in defiance of the Pope, lighting the spark that blazed into Reformation across Europe. Luther had been a monk for a decade before giving the last 30 years of his life to the Reformation. It was in those days in the monastery at Erfurt when, through great inner turmoil, Luther rediscovered the gospel of unmerited grace. Luther once said if anyone could have been saved by his monkery, it was him. He took his monastic vows seriously, and not without reason. He knew of God’s holiness. He knew better than most the depths of his depravity. He was tortured by the question of how a just and holy God could forgive him. He tried everything to find peace: confession, penance, indulgence, good works, even self-flagellation. But peace remained elusive. In such great despair was Luther he would later write that had the light of the gospel not broken through, he surely would have killed himself.

But breakthrough it did. As Luther pondered and studied the Scriptures, he discovered that great doctrine, sola fide. He found that the holy God can and freely does justify the wicked not according to their works or manner of living, but only according to free grace received through faith alone. Just a year after writing the 95 Theses Luther penned a work I would argue is of even greater theological and historical importance, The Heidelberg Disputation. In Disputation 24 Luther wrote, “He is not righteous who does much, but he who, without work, believes much in Christ.”

It’s no wonder sola fide spread like wildfire across Europe. No one had heard this before, at least not for hundreds of years. That God justifies, or declares sinners righteous, freely and completely without the aid of our works or merit, but only on account of Christ, was anathema in the church in those days. That’s why the Roman church reacted so harshly against the doctrine, and why Luther would spend the final 30 years of his life holding the line.

It cannot be overstated enough that both the Roman Catholic Church and the Reformers viewed sola fide as a central issue. From Rome’s vantage point sola fide undercut their entire religious system, in which everything from the Mass to the penitential system was built on the belief that justification was not a once-for-all declaration of imputed righteousness based on the sufficient work of Christ. Rome taught (and still teaches) that justification is a process whereby God infuses grace into sinners in order to progressively make them inherently righteous, so that they may in the end be righteous enough to attain heaven. The chasm between these two views could not be wider.

This is why Luther famously said justification sola fide is the doctrine by which the church stands or falls. The second-generation Reformer, John Calvin, would later add that “justification is the hinge on which all true religion turns.” The Reformation wasn’t just some theological spitting match. It wasn’t merely a bunch of ivory-tower intellectuals attempting to outduel one another to win the crowds. The Reformers, and the Catholic Church for that matter, believed this was a battle for the church, a battle for souls, a battle for the faith once for all delivered to the saints.

That’s why I find myself a tad chippy come October. It’s because every October I’m reminded that though it’s been 500 since Luther began the protest against Rome, the protest still continues. We must keep holding the line on sola fide. The Apostle Paul warned us against turning to another “gospel.” Since Paul’s day, Satan has hurled myriads of false gospels upon the church, the errors of Rome being only a small fraction. Martin Luther understood this better than most. He wrote in his commentary on Galatians that, “The article of justification must be sounded in our ears incessantly because the frailty of our flesh will not permit us to take hold of it perfectly and to believe it with all of our heart.” Luther knew how easily the gospel can be obscured in our hearts by the world, the flesh, and the devil.

The errors of Rome resurface in every generation in numerous ways. It was barely 20 years ago that our very own Presbyterian Church in America (PCA), along with the rest of NAPARC, held the line against the errors of the Federal Vision which challenged the Reformation doctrine of sola fide. Today even popular preachers (perhaps unknowingly) go terribly sideways on this central doctrine. One has even said we do not “attain heaven” by faith alone. For that, there are “conditions” we must meet.[i] How tragic. That’s not to mention “the frailty of our flesh” in believing deeply the promise of free forgiveness in Christ, or the devil’s continual assaults upon our consciences where he terrifies us with threats of wrath and hell, tempting us to look to our works for assurance of God’s love. Sola Fide is always under siege.

So we hold the line. As Luther would tell us if he could, “we do not believe our conscience above the word of God.” And when he comes with accusation and threat “the best thing you can do is rap the devil on the nose at the very start.”[ii] You have to get a little chippy with the devil sometimes. The same is true with every false gospel that places the burden of merit on the backs of sinners. We will not stand for it. We say alongside Luther at the Diet of Worms in 1521 and alongside all the Reformers who followed him, from Calvin and Bucer to Lloyd Jones and RC Sproul, “here we stand.” Try as the world, the flesh, and the devil might, the protest for sola fide will not move an inch.

This October, spend some time studying this great Reformation doctrine. On our website’s resource page you can find a document entitled Reformation Era Creeds and Confessions on Justification in which are compiled discoveries and teachings from the Reformation on justification. Drink in the riches of free acceptance in Christ. Then get a little chippy. Let’s hold the line of protest in our generation and lay the groundwork for the next. Because just as October rolls around every year, so do those “other gospels.” Don’t be hesitant to keep pounding nails into church doors.

[i] https://credomag.com/2015/09/faith-alone-by-thomas-schreiner // Accessed Oct. 10, 2021
[ii] You can find this advice and much more in Luther’s Letters of Spiritual Counsel edited by Tappert.
Posted by Rev. Ben Lee with
(Login/Register to leave a comment)