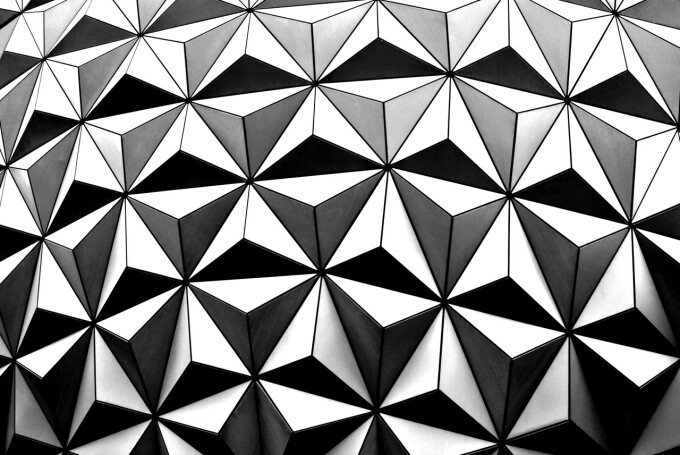 While at a pastors’ conference in Orlando, Florida many years ago, I had the opportunity to spend a few hours at America’s best-known theme park. Disney World is truly a feast for the senses. My favorite section of the park is the World Showcase Lagoon at Epcot, where, as you walk around the body of water, you feel as though you are being instantly teleported from one world culture to another, in rapid succession. You begin in a Mexican marketplace, and then you are suddenly in a Norwegian village, then a Chinese temple, followed by quick visits to neighborhoods in Germany, Italy, Japan, and France, among others. It isn’t long before you feel pleasantly disoriented by the rapid-fire culture shock. It is like traveling around the world in 8 hours instead of 80 days, and it’s an exhilarating expedition.

Two of the most foreign elements of Disney World, though, had nothing to do with world cultures. What made the entire experience feel a bit surreal to me were the scrubbed and pristine nature of the grounds and facilities and the extreme friendliness of the staff. I was continually amazed by the fact that there were staff people everywhere you turned, who not only smiled warmly at you and offered to serve you in any way, but who also worked hard to strike up a conversation with you if you stood still for any length of time. And in spite of the massive numbers of people in the park, there was no trash or dirt to be seen anywhere, and everything your eyes could see looked freshly painted and as-good-as-new. The funds, organization, and workforce needed to keep the parks in this sparkling condition boggle the mind. I kept thinking to myself, “This really is a fantasy land!”

The stark contrast of real-life hit home for me quickly. I stopped at a fast food place for a quick snack on the way home, and was treated with typical fast-food etiquette by those who waited on me – you know, the look that greets you and says, “Why are you bothering me?”; the grunt that means, “What do I have to get for you?”; and the mumble that means, “Come and get your grub!” Suddenly paying double for my food at Disney World didn’t seem like such a bad deal!

I’d like to think that Disney World is real and McDonald’s is fantasy, but, sadly, it’s the other way around. No matter how mankind wants to define and describe itself, the Word of God unmasks us and shows us to be the self-centered egotists that we really are. As the prophet Jeremiah said, “Can the Ethiopian change his skin or the leopard his spots? Then also you can do good who are accustomed to do evil”; “The heart is deceitful above all things, and desperately sick; who can understand it?” (Jeremiah 13:23; 17:9). Until God changes our nature by His grace, our driving motivation for all that we do, even the things that appear to be loving and righteous, is the selfish exaltation of ourselves.

Disney World is a self-consciously idealistic celebration of humanism. Appropriately, its central message is made explicit in its most temple-like structure, the huge silver sphere at Epcot called “Spaceship Earth.” There you are taken on a “journey through time,” so that you can marvel at man’s supposed development from monkey in prehistoric times to the master of endless possibilities in the future by the means of science and technology. Like any good tourist guide, Disney makes sure that you only see the good parts of town. The journey through time manages to avoid all the wars, murders, racism, poverty, and immorality that continue to characterize humanity to the same degree that it did in supposedly less enlightened times. Man’s basic problem is still sin and its effects on his relationship with God and others. Through his own efforts, man cannot fix that problem, no matter how many centuries he’s given to study it.

Is man’s nature basically good or is it evil? Are we naturally innocent or depraved? Your answer to that question has huge implications for your views on parenting, education, civil government, economics, social issues, etc. We want to believe the Disney fantasy, but real life keeps on disillusioning us. We can’t intoxicate, medicate, or amuse ourselves forever in order to escape the harsh reality. It’s better to accept the hard news of Scripture – the condemnation of our thoughts, words, and deeds by God’s Law – so that we might be able to accept the good news of grace, forgiveness, and real change through Jesus Christ.

One of the rides at Disney broke down while we were in the middle of being whisked through a dark and detailed recreation of another world. One moment our senses were fooled into perceiving a thrilling experience of an alternate reality. The next moment our car stopped, the lights came on, and all the props and machinery behind the illusion were on full display for all of us. It reminded me of the day when Jesus Christ will return to earth, and all the illusions and deceptions that we’ve created for ourselves will vanish in a moment, and every knee will bow, and every tongue will confess that He is Lord.