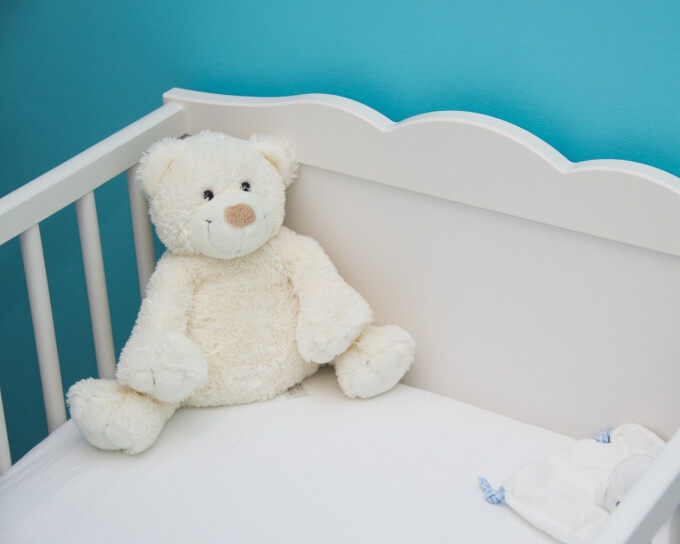 It happened again. For the second time in 9 months, there was no heartbeat on the ultrasound monitor. Two beautiful image-bearing babies. Two traumatic hospital stays. Two pairs of empty arms. It’s hard to put into words the heartbreak Maggie and I, our three boys, and our parents have experienced over these last 9 months. How can you? We hadn’t finished grieving the first baby yet. It’s only been a few months since Annie’s due date passed. Annie – that’s what we named her. Our first daughter. We only buried her last Thanksgiving. When we found out Maggie was pregnant a few months back, we feared it might happen again. It seemed like a bad dream that couldn’t come true, but it did. Now here we are again; waiting for another due date to come and go, thinking of all we’re going to miss out on. I’ll never hold those babies in my arms, or dry their tears, or sing them to sleep. I’ll never play dolls with Annie, or send her off to college, or walk her down the aisle. Our arms are painfully empty.

There was a time when Abraham’s arms were painfully empty, not through miscarriage, but through infertility, an equally acute pain that remained with Abraham for many years. However, at the age of 75, God made a promise to Abraham, a promise that would continue to sustain him for another 25 years until the birth of his son, Isaac. The promise is the covenant of grace. Even when Abraham’s hands remained empty for those 25 years God promised, “I will be God to you and to your children forever” (Genesis 17:7). The covenant of grace was a promise to Abraham that he would be saved from his sin by grace through faith in Christ, and that his children would be included in the covenant community. It was a promise that God would care for Abraham and for his children, for “to such belongs the kingdom of heaven” (Matthew 19:14).

During those dreadfully sad hospital stays, it was this promise that filled me with hope and gave rest to my soul. This same promise is, after all, given to us in Christ. While we are not Abraham’s physical descendants, we are his spiritual children (Galatians 3:7), so the same promises belong to us. God will be God to us and to our children forever.

It is not wise to pry into God’s sovereignty. We could never comprehend all He is doing through our suffering. I don’t know all the reasons God planned for this to happen. But the covenant promise tells me that one of God’s purposes in this is in his kind sovereignty, God allowed my precious wife to carry these two babies for a short time so that they could be counted as belonging to the covenant of grace. In other words, God used my wife’s womb as an ordinary means by which he grew his kingdom. Through stillbirth and miscarriage, we’ve come to be able to say with the Apostle Paul that what has meant death for us has meant life for our babies, who are now enjoying life to the fullest in heaven (2 Corinthians 2:14). Our arms are empty, but Christ’s aren’t. “Let the little children come to me,” he said…and they have. Our two little babies have been brought safely into the arms of Christ and he will hold them forever.

But we have an even greater consolation than this in the covenant of grace. God promised Abraham that he would give the promised land to his descendants (Genesis 15:18), but even Abraham knew God wasn’t speaking about an earthly home. The promised land was just a picture of a new and greater promised land – the new heaven and earth (Hebrews 11:10). When we said goodbye to these two little babies my greatest consolation wasn’t even knowing they are with Jesus, but that one day I’ll see them again. That’s why John reiterates the covenant promise in Revelation in his vision of the new heaven and new earth: “Behold, the dwelling place of God is with man. He will dwell with them, and they will be his people, and God himself will be with them as their God” (Revelation 21:3). We were given a painfully short time with our two babies, and oh man, I feel like I’m going to miss out on so much. But I know my Redeemer lives, and at the last, he will stand upon the earth (Job 19:25), and my babies will be standing with Him. On that day, and for another 10,000 years, it will seem as though we never missed a thing.

In the meantime, as we wait, our empty hands can hold onto nothing more steadfast than the covenant of grace. In spite of all the promises and hope the pain is still real. The tears still burn. Empty arms ache. But we hold on to Jesus because the promise of his covenant is that just as Jesus holds our babies, he’s holding us too. We were not alone in the ultrasound room, or at the hospital. We were not alone when we wept at the graveside. Jesus has been holding us in his mighty hands, and He’s not letting go. His Spirit keeps on whispering the promises through His word. He tells me it won’t be long now. Just a while longer. One day, when we all get to heaven, what a day of rejoicing that will be.

Posted by Rev. Ben Lee with
(Login/Register to leave a comment)