A Taste for Finer Spiritual Foods 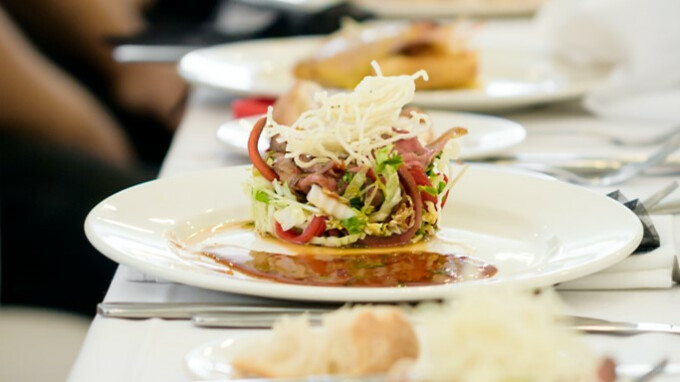 I once read a medical news report about an usual side effect of brain damage in some people:

“Swiss researchers report finding a new brain disorder in a small percentage of people who have suffered strokes, brain tumors, and head traumas. In each case, the damage has produced a persistent behavioral effect. Yet none of the victims desires a cure. Indeed, they're enjoying the fallout: a craving for fine foods.

Marianne Regard of University Hospital in Zurich and Theodor Landis of Geneva University call this benign disorder gourmand syndrome.

Regard first encountered the condition 8 years ago in a 48-year-old political journalist who had been hospitalized with a stroke. Scans of the man's brain identified a lesion around the middle cerebral artery in the right hemisphere. The wound produced a temporary weakness on the left side of his body, making him unable to walk. Even so, Regard recalls, "he didn't complain about that." Instead, he griped about hospital meals.

"Since most people complain about hospital food, we initially took no notice," the neuropsychologist admits. But when she asked him to keep a diary of his thoughts, the man exhibited an inordinate preoccupation with food. Before the stroke, he had had an overwhelming interest in politics and had shown no particular food preferences, Afterwards, he lived for food. Indeed, as soon as he returned to work, he abandoned politics to become a columnist on fine dining.

When she observed a businessman hospitalized for stroke who also exhibited a newfound "lusting" after food, Regard says, she began investigating the role of the brain damage. After studying 723 patients suspected of having a discrete lesion in the brain, she and Landis identified 34 more instances of gourmand syndrome. Each patient had brain damage, usually in the right frontal region.

What constitutes fine food has proved "very individual," Regard says, with no single cuisine or taste--such as sweet or salty--driving the compulsion.

Most patients exhibited additional symptoms at first, such as spatial memory problems or diminished control over impulsive behaviors. During 8 years of follow-up, these symptoms disappeared for the most part, but the passion for food remained, Although preoccupied with shopping, dining rituals, and food preparation, the patients did not become overweight.”1

This could be good news for someone like me with notoriously undiscerning culinary taste. Not to make light of a serious condition, but I sure wish that my tastes in foods (as well as in many other things) could be improved by a good knock in the head! It’s just as well, though; I can’t afford to eat fine foods anyway.

I especially wish that my taste and passion for the presence of Christ and the things of His Kingdom could be improved that easily. God’s Word tells us, “Delight yourself in the Lord” (Psalm 37:4a) and “Taste and see that the Lord is good” (Psalm 34:8). God promises that if you will seek fullness and satisfaction in Him that He will “give you the desires of your heart” (Psalm 37:4b) and Psalmist declares to God his confidence that “You will fill me with joy in Your presence, with eternal pleasures at Your right hand.” (Psalm 16:11) The problem is that we have dulled and deadened our spiritual taste buds with a steady diet of the pleasures of sin and materialism, along with the empty “calories” of spiritual and emotional junk food. We just don’t have a taste for the “fine foods” of heaven – the Bread of Life, the Water of Life, and our King’s banquet table – and we have no idea what we’re missing.

C.S. Lewis once wrote, “…if we consider the unblushing promises of reward and the staggering nature of the rewards promised in the Gospels, it would seem that our Lord finds our desires not too strong, but too weak. We are half-hearted creatures, fooling about with drink and sex and ambition when infinite joy is offered us, like an ignorant child who wants to go on making mud pies in a slum because he cannot imagine what is meant by the offer of a holiday at sea. We are far too easily pleased.” We need to grow up in Christ and discover the much finer foods offered at His table. But this will only begin with a conscious change in lifestyle and focus. We must stop filling our hearts and lives with temporal things that cannot satisfy more than a moment. We must simplify our lives and make time to relish the presence and promises of the Lord. Whatever it takes, let’s live to savor the glory of God!